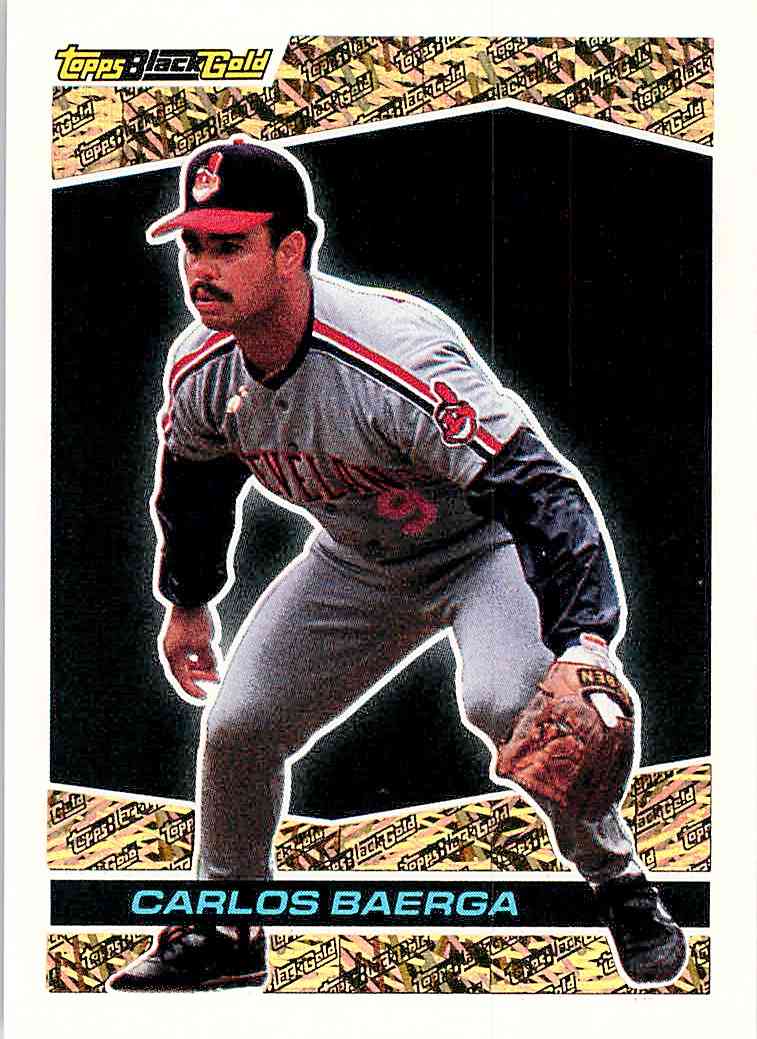 1993 started off with a disappointing 9-1 loss to the Yankees on Opening Day. The Indians bounced back in Game 2 for a 4-2 victory. The final game of the series fell on a surprisingly warm 71 degree early April day and saw Mike Bielecki facing Sam Militello. The Indians 1993 lineup will be familiar to fans of the late-90s playoff run, since it was the year when many of the core players began to come into their own and attract national notoriety including Kenny Lofton, Albert Belle, and Sandy Alomar Jr.

In the top of the 4th, Paul O’Neill hit a solo home run off Bielecki to put the Yankees on the board. In the bottom of the 6th, speedy Glenallen Hill had a leadoff triple and was driven home by a Felix Fermin bunt. The Yankees added three runs in the bottom of the 7th to make it a 5-6 game.

The bottom of the 7th was an offensive explosion that would be often imitated by the hard-hitting Jacobs Field teams of the later 90s. Alvaro Espinoza pinch hit for Jeff Treadway to lead off the inning with a single to right field. Carlos Baerga stepped in from the right side of the plate. On the 10th pitch of the at-bat, he launched a 380 foot home run to right-center. On the next pitch, Steve Howe hit Albert Belle. Angry words were exchanged, and Howe was clearly rattled. He gave up three consecutive singles to Paul Sorrento, Reggie Jefferson, and Glenallen Hill.

Steve Farr was brought in with two on and no outs. He immediately retired Sandy Alomar and Felix Fermin, but then lost his command. Kenny Lofton hit a single through the 3B hole, scoring Jefferson. He worked Espinoza into a full count, the crafty utility man homered to deep left field, clearing the bases and bringing Baerga back to the plate.

Always a talented switch hitter, this time Baerga stepped in from the left side of the plate. He sent the 2-0 pitch into the bleachers and became the only player to ever homer from both sides of the plate in the same inning. Baerga scored the 15th and final run of the game.

To date, 60 players have hit two home runs in the same inning in MLB history. Baerga’s switch-hitting feat has been matched twice to date, by Mark Bellhorn in 2002 and Kendrys Morales in 2012. In my mind, this is a baseball anomaly that is heightened in stature because it is both an individual and a team accomplishment. Hitting two consecutive home runs is a notable individual feat–and a very good day for any ballplayer. Likewise, batting around in an inning is not an everyday occurance and represents a very good day for a team. Hitting home runs from either side of the plate takes an exceptional switch-hitter. Combining all of this into one inning is truly a historic event.